We encourage our members to take an active role in the Network. Please contact the committee chairs below to find out more about opportunities to be involved and to join a committee(s).

The committee’s duties shall be to select a professional auditor to conduct an annual audit or compilation of the organization’s books as directed by the Board of Directors. The results will be considered by the committee when preparing a report. The report will serve as a recommendation to the Board of Directors to ensure the continued financial stability of the organization.
Chair: Morgan Abbate, mabbate@oag.state.va.us

The committee’s duties shall include monitoring issues related to the provision of services to victims of crime and informing the membership of any changes in policies or programs that affect victims’ rights; making recommendations for the enhancement and successful delivery of these rights to crime victims; identifying education and training needs; and, in collaboration with the Legislative Committee, make recommendations to the Board of Directors for advocacy regarding legislative changes that promote victims’ rights.
Chairs: Kyanna Perkins, kperkins@oag.state.va.us, Judy Holl, judy.holl@alexandriava.gov

The committee’s duties shall be to monitor the Virginia Victims’ Fund (VVF), to keep the membership informed of any changes in services to victims or police made by VVF that may impact upon program service delivery, and to make recommendations to the Board of Directors for formal presentation to VVF.
Chair: Patty Strathman, pstrathm@cityofchesapeake.net 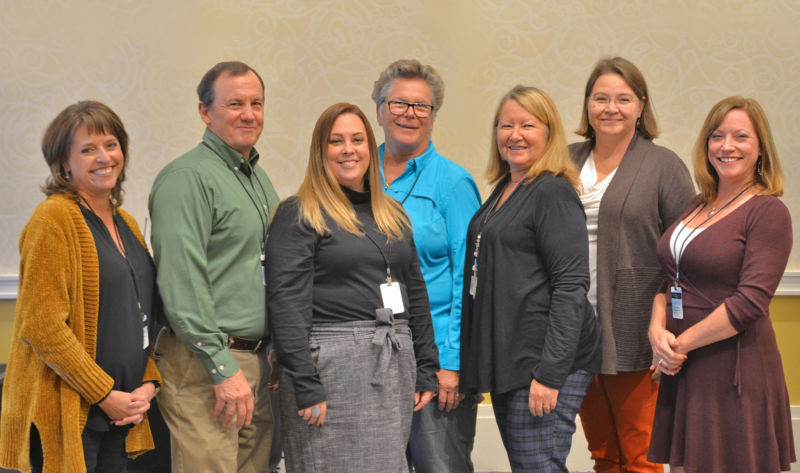 Robin Bostic is a Victim Witness Director for the counties of King William and King & Queen, serving in the position since 2009. Previously, Robin worked as a Deputy Clerk in the King William Circuit Court handling civil and criminal cases as well as the collection of restitution. She has a BS in Criminal Justice with a minor in Psychology from Virginia Commonwealth University.

Lindsay G. Cassada is the Coordinator of Chesterfield County’s Domestic and Sexual Violence Resource Center and has served in this role since July of 2017. Lindsay has been with Chesterfield County since 2009, initially employed as an Assistant Director of the Chesterfield Victim/Witness Assistance Program, then as a Probation Officer in Community Corrections Services. Prior to Chesterfield, Lindsay served nine years as the Director of Hanover County’s Victim/Witness Assistance Program. Before that, she served the rural counties of King William and King and Queen, as a Family Violence Specialist for Quin Rivers Agency for Community Action (now Project Hope). Lindsay holds a bachelor’s degree in sociology from Virginia Tech.

Mary Anne established the Appomattox County Victim/Witness Assistance Program in 1997. The program originally operated on a part-time basis for 18 years and then transitioned to full-time in 2016. Ms. Freshwater has served in the legal field for her entire career, first working for a private civil attorney and a law firm before discovering her passion for crime victims while working part time in the Commonwealth’s attorney’s office. Mary Anne had previously served on The Network Board of Directors as Secretary for six years and is now filling in for a vacated position of Second Vice-President through November, 2019. Mary Anne holds a Para-Legal Certificate from Central Virginia Community College.

Sharron Saunders is a Victim Witness Services Director for the City of Richmond, serving in the position since 2016. Sharron has been employed with the program since 2004. She has a Master of Arts in Human Services Counseling: Criminal Justice from Liberty University and a Bachelor’s Degree in Criminal Justice from Virginia Commonwealth University.

Mindy Stell has been involved in the criminal justice field for over 25 years, where she has provided services and advocacy to both adult and child victims of crime. As the Director of the Dinwiddie Victim/Witness Assistance Program for more than twenty years, she has worked directly with victims of all crime to include victims of domestic violence, homicide, sexual assaults and robbery.

Ms. Stell currently holds the position of Treasurer for the Virginia Victim Assistance Network, and previously as President for two plus terms and as First-Vice President for 5 years. Her duties within the Network include serving on various committees which include legislation and program committees. Mindy has also been a member of other organizations and committees to include the Dinwiddie Multidisciplinary and SART teams, the Crime Commission’s work group for domestic and sexual assault funding. She was appointed by the Governor to serve on both the Parole Commission and Sexual and Domestic Violence Advisory Board, as well as serving as Treasurer for the Central Virginia Victim's Services Coalition.

Laurie K. Crawford, MPA, is Project Manager for Virginia’s Linking Systems of Care for Children and Youth (LSC) State Demonstration Project, a state-level initiative supported by the Office for Victims of Crime which aims to develop a coordinated and trauma-informed response to identifying and linking services to children and youth who have experienced crime. Prior to taking this position at the Department of Social Services, Laurie was a Program Manager at the Virginia Department of Health (VDH) for over nine years. Previously, she implemented the Project RADAR and Project Connect initiatives at VDH and has been responsible for statewide policy, training, and public awareness initiatives in criminal justice, public health, child welfare, and victim advocacy for over 20 years. Laurie earned a BA in Psychology from the University of Virginia and a Master of Public Administration from Virginia Commonwealth University and has previously served as Assistant Director of the Charlottesville Victim/Witness Assistance Program and as Domestic Violence Services Coordinator for the Henrico County Division of Police.

Mr. Davis has worked as a Deputy Sheriff with the Albemarle County Sheriff’s Office for the past 3 years. He currently serves as the Charlottesville /Albemarle Drug Court Law Enforcement Officer. Prior to that he served for 29 years at the Charlottesville Police Department, retiring in 2016 at the rank of Lieutenant.
While in Charlottesville he spent the majority of his career in Criminal Investigations as a Detective, Detective Sergeant, and the last 4 years as the Commander of Investigations and Forensics. He specialized in child physical/sexual assault investigations and worked with other professionals that formed Charlottesville’s first Child Advocacy Center. He has trained police and other professionals on interview and interrogation techniques. He is a strong advocate for professional groups working together for the common goal. Paul has been active with Virginia’s Victim Witness programs throughout his career and refers to himself as “an advocate with a badge”.

Mr. Zug has been employed as the Albemarle County Circuit Court Clerk since January of 2016. Previously, he worked as an Assistant Commonwealth’s Attorney for 28 years, in the offices of the Cities of Norfolk and Charlottesville, and the County of Albemarle. John has served as the Co-Chair of the Monticello Area Domestic Violence Fatality Review Team from 2010 to present. He earned his Bachelor of Science in Economics and Psychology from James Madison University in 1984 and a Juris Doctor from George Mason University School of Law in 1987.

Connect with us on Facebook / © 2022 The Virginia Network for Victims and Witnesses of Crime, Inc. / Site design by 93 Octane
This website is supported by the Department of Criminal Justice Services (DCJS) grant # 18-B4113VW16, with funds made available to the Commonwealth of Virginia from the Office for Victims of Crime, U.S. Department of Justice. Any points of view or opinions contained within this website are those of the organization and do not necessarily represent the official position or policies of the Virginia Department of Criminal Justice Services or the United States Department of Justice.